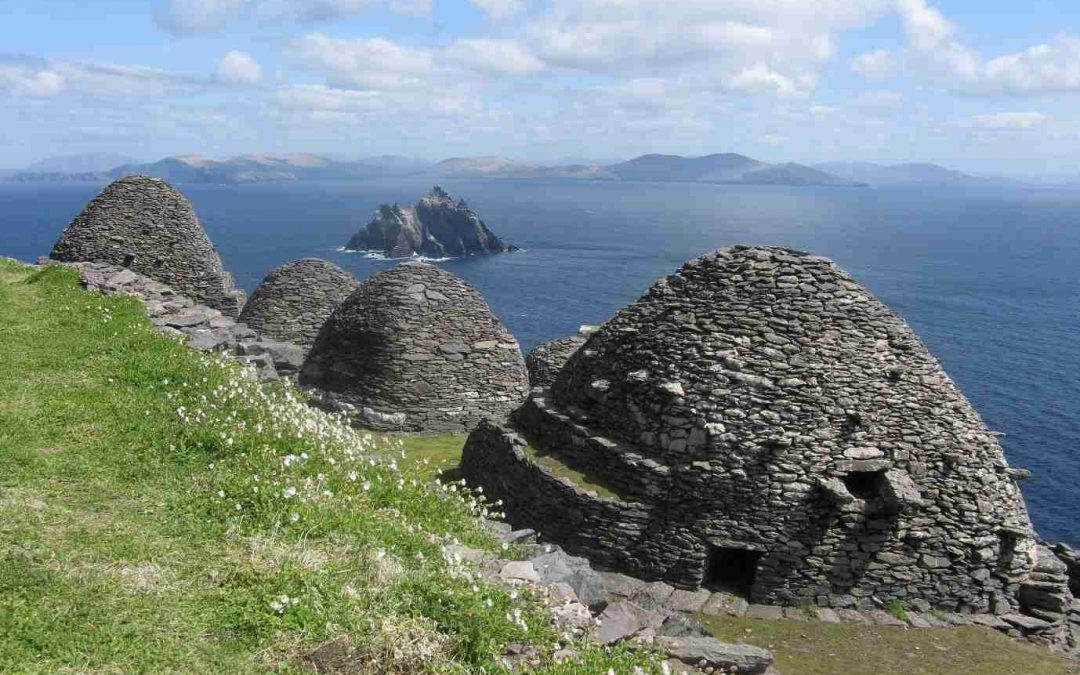 Amongst Irelands rolling hills, mountains and valleys sits a long history enveloped in sacred mysticism. Our spectacular ruins, dotted throughout the country, are settled amongst some of the most beautiful scenery you will experience. To guide you to some of these archaic sites, we have explored our top five must visit sacred sites on the emerald isle.

Burren comes from the Irish word Boireann meaning a rocky place. And quite a vast rocky place it is indeed. Steeped with a deep history, the Burren spreads out to 1500 hectares in County Clare. Despite an incredible expanse of exposed limestone paving, the area is considered a fertile rock with a vast array of majestic flora and fauna throughout the area.

The Burren is host to many megalithic sites with the biggest being the Pulnabrone Dolmen. This imposing burial tomb, known as a portal dolmen, with its large capstone still stands after being built an incredible 5,800 years ago. When excavated human remains believed to be 1,500 years old were discovered. 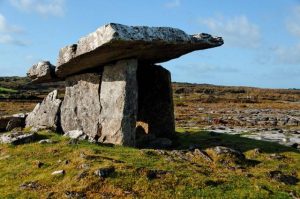 With extensive walking trails, intense scenery, and a rich and sacred history to be explored, the Burren tops our list of must-see sites.

Innisfallen Island is the largest island on Lough Leane in Killarney National Park. It is host to an impressive ruined Augustinian Priory dating from the 7th century. It has a deep and rich history having been occupied for 950 years. 300 of those years consisted of the monks of the abbey writing the Annals of Innisfallen, a chronicle of the early history of Ireland as it was known to them. The monastery became a centre for learning with it being said that King Brian Boru studied there.

Tourists are welcome on the island during the summer months with boats leaving from Ross Castle. Innisfallen Island offers an array of history, natural distraction, and enveloped charm. 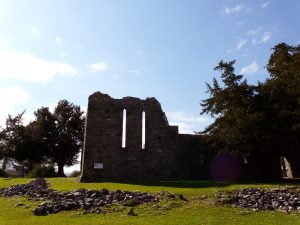 Unesco World Heritage site, Newgrange is a 5,200-year-old passage tomb located in the Boyne Valley in Ireland’s Ancient East. County Meath is awash with sacred sites, with Newgrange being one of the most spectacular. This Neolithic burial ground consists of three separate burial mounds, with two of them open to the public. Said to be older than Stonehenge and the Pyramids of Giza, it is one of the most prolific sites of its era. 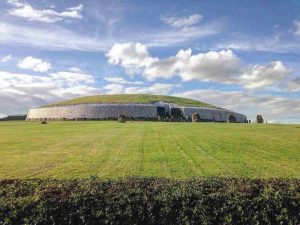 Once considered to simply be a passage tomb, archaeologists have uncovered that Newgrange has strong roots in spiritual, religious, and ceremonial occasions embedded in what was believed to be a “cult of death”.

The Winter Solstice is celebrated at Newgrange every year with visitors witnessing the rising sun shining directly along the long passage and lighting up the inner chamber. The winter sun reveals the Neolithic carvings inside with the most notable being the triple spiral on the front wall.

Newgrange, along with the Neolithic settlements of Knowth and Dowth along the Bru na Boinne are exceptional sacred sites waiting to be visited. 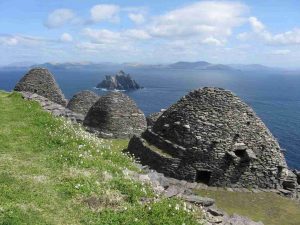 Situated on an impressive barren and rocky island, Skellig Michael, is set off the Kerry coast. This means it can only be visited by boat in the summer months, which is very dependent on the weather of course. The small monastic settlement, dates to approximately 800 AD. Due to its intense landscape, it was considered ideal for the isolation and simple life required by the monks who lived there.

The Skellig Michael towers rise, almost magically, 218 metres above sea level with a rustic landscape crossing over the waters. The monastery includes six beehive huts (one which has unfortunately fallen) where the monks lived, and two regular oratories where they prayed which was surrounded by a small garden area essential for growing food. Despite being prone to the exposed Atlantic weather, the settlement is in unusually good condition and a particularly interesting place to visit. The monastery has remained a site for pilgrimage throughout the modern era with approximately 11,000 visitors a year.

The natural beauty of Glendalough surpasses its reputation with its wooded glens and lakes. The early medieval monastic settlement consists of a round tower, stone crosses and stone monastic churches. Situated in County Wicklow along Ireland’s Ancient East, the ruins sit in a steep-sided glacial valley between two lakes, oozing a mystical and spiritual element.

Glendalough was originally founded by St Kevin in the 6th century and flourished for another six centuries until it was attacked by the Normans in 1214 AD. The buildings we visit on the site today date from the 10th to the 12th centuries. The Round Tower is the most famous building on the site. Built almost 1000 years ago, it was used as a lookout point and often as a place of refuge during attacks from Vikings and Normans. 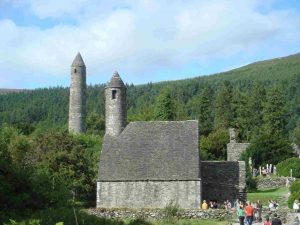 Glendalough offers much in the way of history, pilgrimage, and nature.