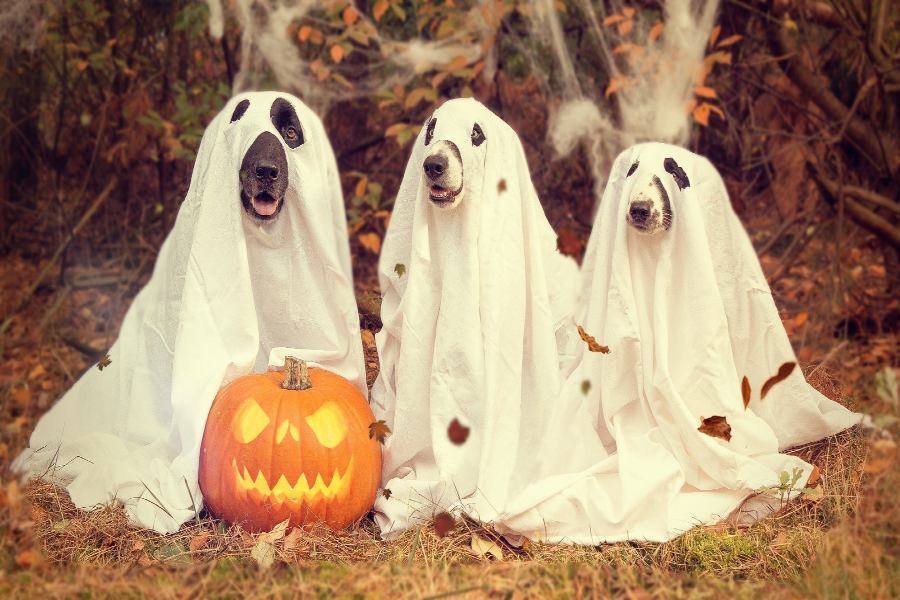 Halloween is so much more than dressing up and trick or treating for sweets.

The Irish tradition of Oiche Shamhna, the eve of Samhain, which is the night before All Saints Day, is celebrated with deep-rooted rituals to mark the end of summer and the harvest season with the beginning of winter. Over the years, contemporary society has taken many of the old traditions and incorporated them into the celebration of modern-day Halloween. You may recognise some of these ideas, and if not, why not incorporate them into your Halloween celebrations this year.

Colcannon is a traditional Irish dinner made of potato, curly kale, and onion, often eaten as a customary dinner on Halloween. The best part of colcannon is searching for the coins cooked in the feast. Clean coins wrapped in baking paper are placed in the potato for children to find. Considered the future telling mashed potato, finding a coin in your dinner meant good wealth for the coming year. Older generations would also place a rag, stick and other items in the colcannon to predict the future. But, these days, we tend to stick with coins!

A Ring in the Barmbrack

Barmbrack is a traditional Irish fruit bread made around Halloween and often served with butter and tea. The brack is cut into slices and shared amongst the family. If you are lucky, you will get the portion with the ring or coin. If you are unlucky, you may find a rag in your slice. The ring is a sign of impending romance, while the coin shows riches in your future. And a rag casts doubt on your financial future. 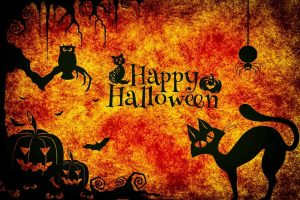 Bonfires have long been a traditional Halloween custom as the Celts believed that the dead revisited the living on All Hallows Eve. Therefore, bonfires were lit to keep away any evil spirits.

The tradition of dressing up in frightening costumes is heavily rooted in the same belief about evil spirits wandering the earth on All Hallows Eve. The ceremony began with bonfires, as those who gathered feared being recognised by spirits. And so, at a bonfire, it is a tradition for those joining to dress in costume to disguise themselves from dangerous spirits or devils who may try to take them away. 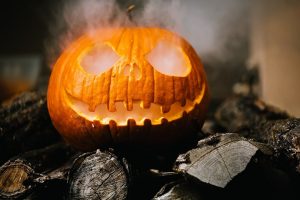 Glowing pumpkins may seem heavily rooted in an American custom, but the Jack-O-Lantern originated in eighteenth-century Ireland and was traditionally a turnip and not a pumpkin. The legend goes that an Irish blacksmith named Jack had conspired with the Devil and was refused entry to Heaven. With the doors locked to him, he was sentenced to roam the earth in darkness. However, the Devil granted him a burning coal ember for a light which he placed inside a gouged turnip. The belief was that the blacksmith would stay away from them by placing a lantern in their window. As many Irish crossed the seas to America, they naturally brought their traditions with them, but turnips were hard to find, and so the pumpkin became an autumnal and Halloween tradition.

A unique tradition to Ireland is the blind date on Halloween. Local girls were blindfolded and would walk into the fields to uproot the first cabbage they could find. How much earth was attached to the roots would decide how much money their future loved one would have. More dirt meant more money. Eating the cabbage would tell the girl more about their future husband. Would he be bitter or sweet?

Finally, another tradition is embedded in the apple. Or instead, in its peel, to be precise. If an apple were peeled in one go, dropping the peel to the ground would reveal the initials of your future partner. Playing the game Snap-Apple is still a traditional Halloween game in many households. Played with apples either suspended by a string from the ceiling or floating in buckets of water, the competition involves trying to be the first to bite the apple. Tradition has it that the first person to sink their teeth in will be the first person to marry.