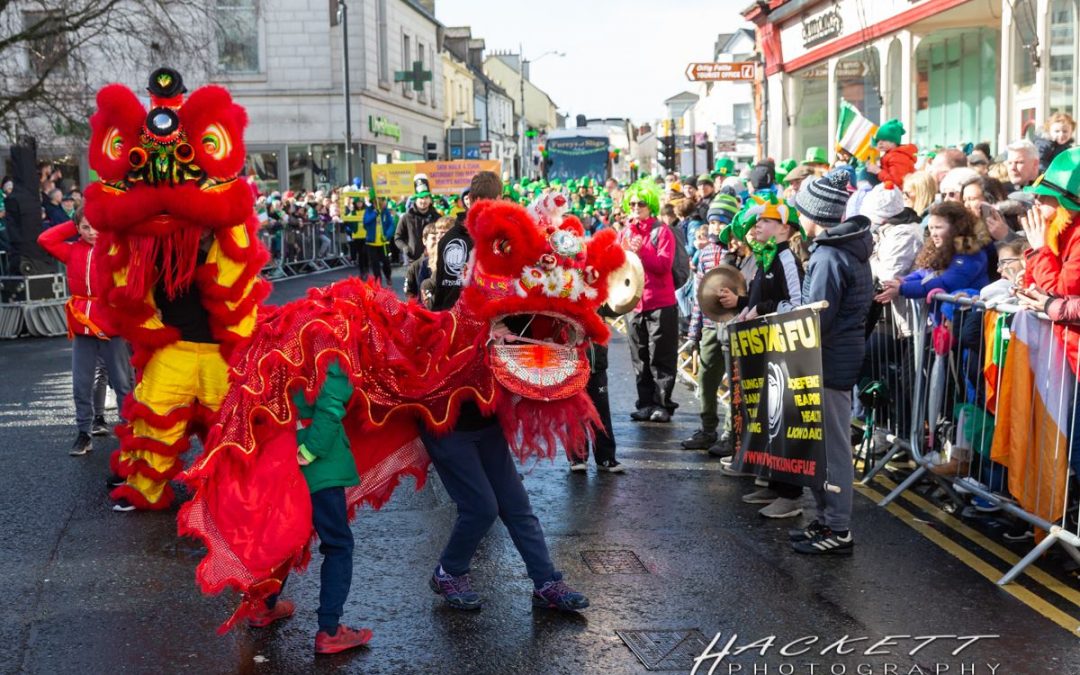 The theme for this year’s Sligo St Patrick’s Day Parade has been announced!

The theme will be “Ceol agus Craic”!  The idea is to both celebrate Sligos’ rich musical scene as well as encourage parade entrants to add some ‘Craic’ to their float designs!

The parade route will be the same as last year with some extra entertainment added along the route (watch this space) as well as a Trad Trail around the town on the evening before and after the parade itself.

“We really want to highlight the live music scene of Sligo and add a large Trad element for the weekend that’s in it”, said Parade Committee Chairperson, Finbarr Filan. “The parade is the largest outdoor event in Sligo every year and we encourage businesses to put an entry in to show off their business and we really hope to see more fun entries which will play into the ‘Craic’ theme. Thanks to Failte Ireland, Sligo County Council and Sligo BID, we are able to make this year’s parade bigger and better and really make it one of the best events in Ireland this St Patricks Weekend”, said Finbarr.

As always, there will be prizes for best entries as well as best dressed person in the crowd and local businesses have the chance to win a prize for the ‘Best Dressed Window’.

The parade will take place at midday on March 17th, 2023 and will feature a variety of musical performances, dance groups, and community organizations. Participants are encouraged to get creative with their costumes and floats, incorporating elements of music and fun into their designs.

If you are thinking of taking part, go to www.sligostpatricksday.com for details or check out their social media.